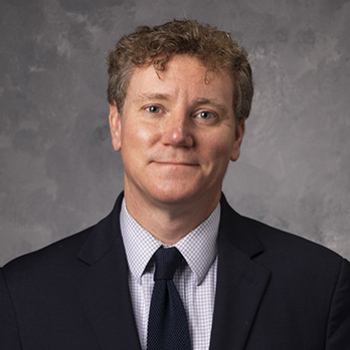 Rob McNiff, who serves as a clinical assistant professor, joined the University of Georgia School of Law in 2017. He teaches mediation and negotiation, and directs the Mediation Practicum.

Previously, McNiff served as a public defender in judicial circuits in northeast Georgia before opening a general practice of law in Winterville. He also started Resolve Mediation Solutions, which emphasized delivering mediation services to individuals and groups who sought to avoid litigation. McNiff is a registered neutral and approved trainer with the Georgia Office of Dispute Resolution. He has successfully mediated hundreds of cases in many areas of law.

He earned both his bachelor’s degree and his Juris Doctor from UGA. While in law school, he was named to the Order of the Barristers and was involved with both the moot court and mock trial teams. He was named the Best Oralist at the international finals of the Jessup International Law Moot Court Competition.